Hello readers,
My eyebrows and I have been through so much the last couple of years. I overplucked them, I grew them out, I reshaped them and so on. It has been a journey and today I finally feel comfortable enough to share my routine with you!

When I was about 12-13 years old and in my first year of middle/high school, I decided to tame and frame my brows. My natural brows were quite thick and untamed. Stupid and inexperienced as I was during that time, I overplucked them badly. Like no offence to this girl or myself but this was my constant state of living. My eyebrows were constantly arguing.

It was (only) after 3-4 years that I realised that I had to fix them and I started growing them out and only plucked them every month or so. After two years some parts have grown back but I’m still left from time to time with some spots that have to grow back. Also, to make them presentable to the public eye whilst growing them out, concealer is needed for those unruly lonesome hairs. So let’s go! 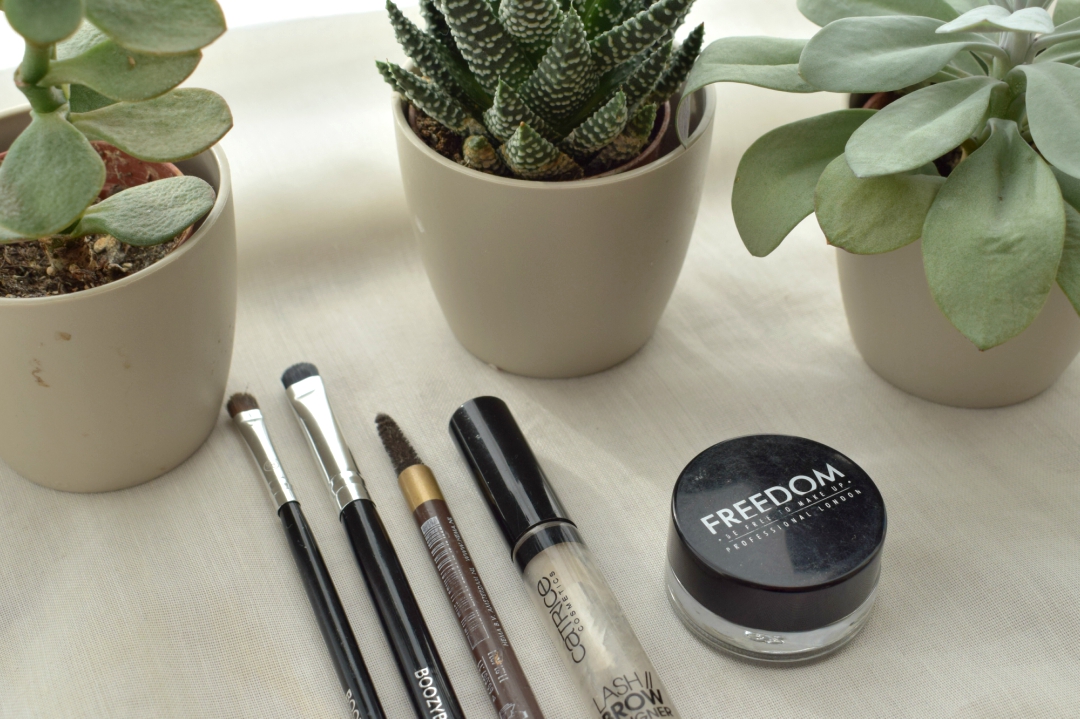 These are the products that I use. All very budget friendly and they still do their job quite nicely! I will go over them when I take you through my routine!

First of all, these are my natural brows right now. My right brow is still growing back in length (after over trimming them). I like how my brows are looking but they do need some help from time to time.

Secondly, I start shaping them with the Freedom Makeup Pomade in Medium Brown. This pomade is ashy enough and creamy while still being smudge and waterproof which I like! I first make some lines following the natural hairline of my brows and then I start filling them in with a Boozyshop Precision Shader 5050. This brush is not really an eyebrow brush but it’s thin and dense enough to create the illusion of brow hairs and I prefer it over my eyebrow brushes that I own, haha. 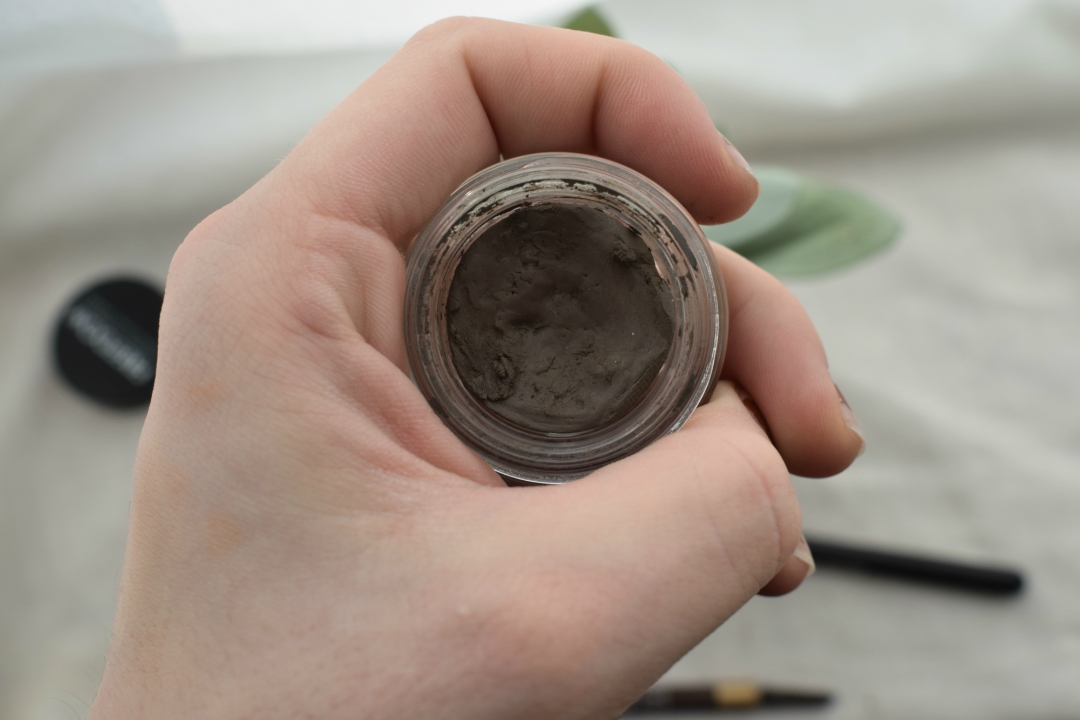 Sometimes the brow pomade can look slightly messy because you blend the product in with a spoolie and therefore some product might end up where it doesn’t belong. So next, I use a concealer, the Catrice Liquid Camouflage High Coverage concealer to make the appearance of the brows neater. For this, I use the Boozyshop Smudge brush 5600. Again not an eyebrow brush but it’s quite dense and almost hard and for my liking not suited for smudging on the eyes. However, it’s really good to get straight sharp and clean lines with concealer! 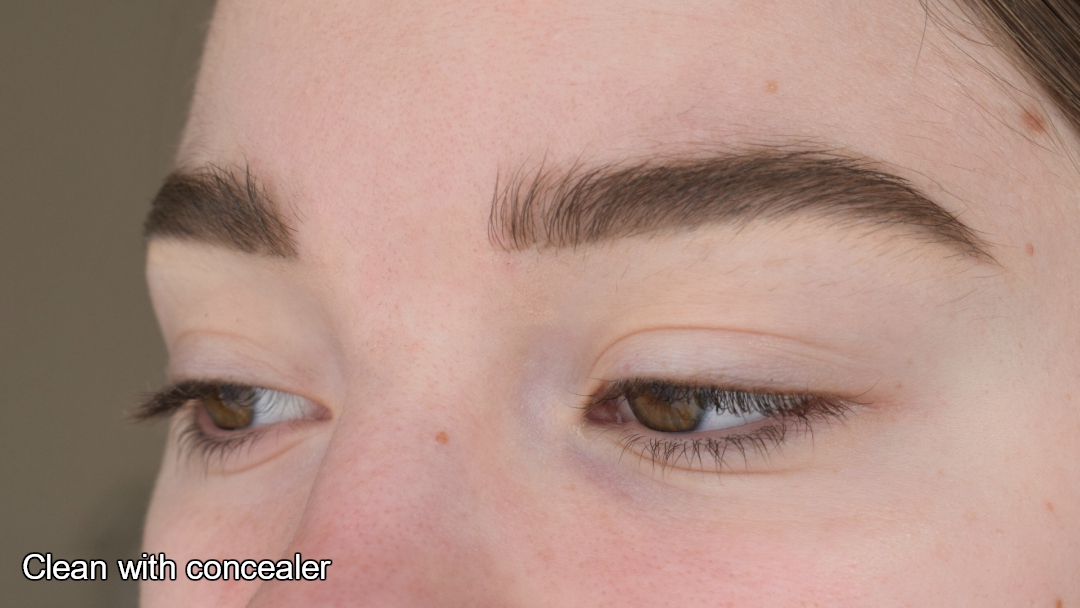 Last but not least, I like to set my eyebrows with some eyebrow gel. My eyebrow hairs are quite long and tend to fall down during the day and I like the look of feathery brows, so an eyebrow gel is really handy for keeping them upright and fluffy! I use the Catrice Lash Brow Designer Gel. It’s very inexpensive and does the job for a couple hours. It’s not that strong and doesn’t keep my brows feathery until the end of the day. I have to reapply after a few hours but I don’t mind reapplying this because the formula isn’t that thick and hard, so your brows never look chunky! 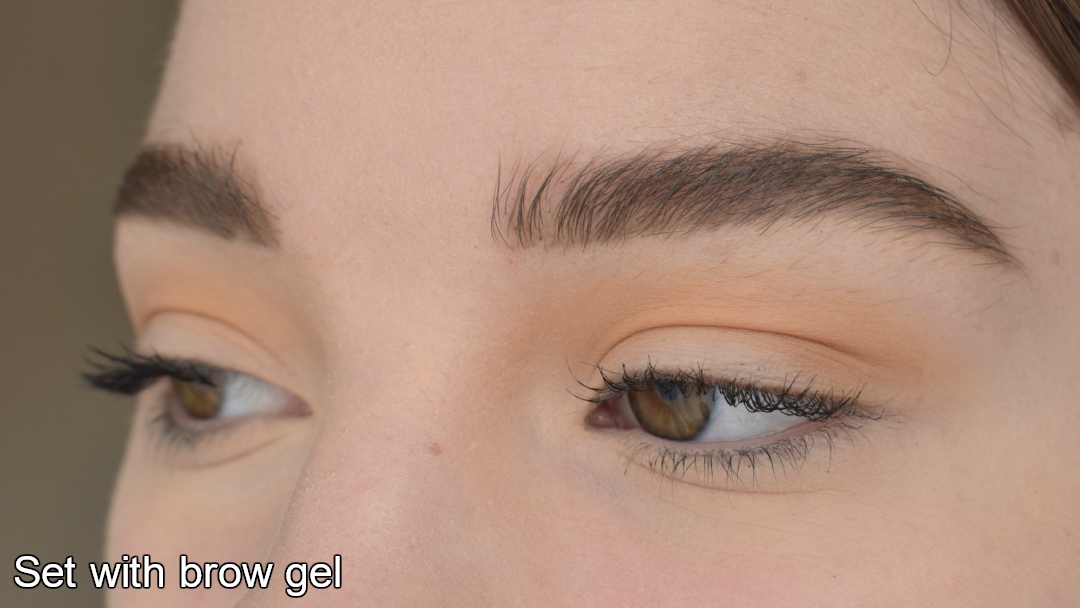 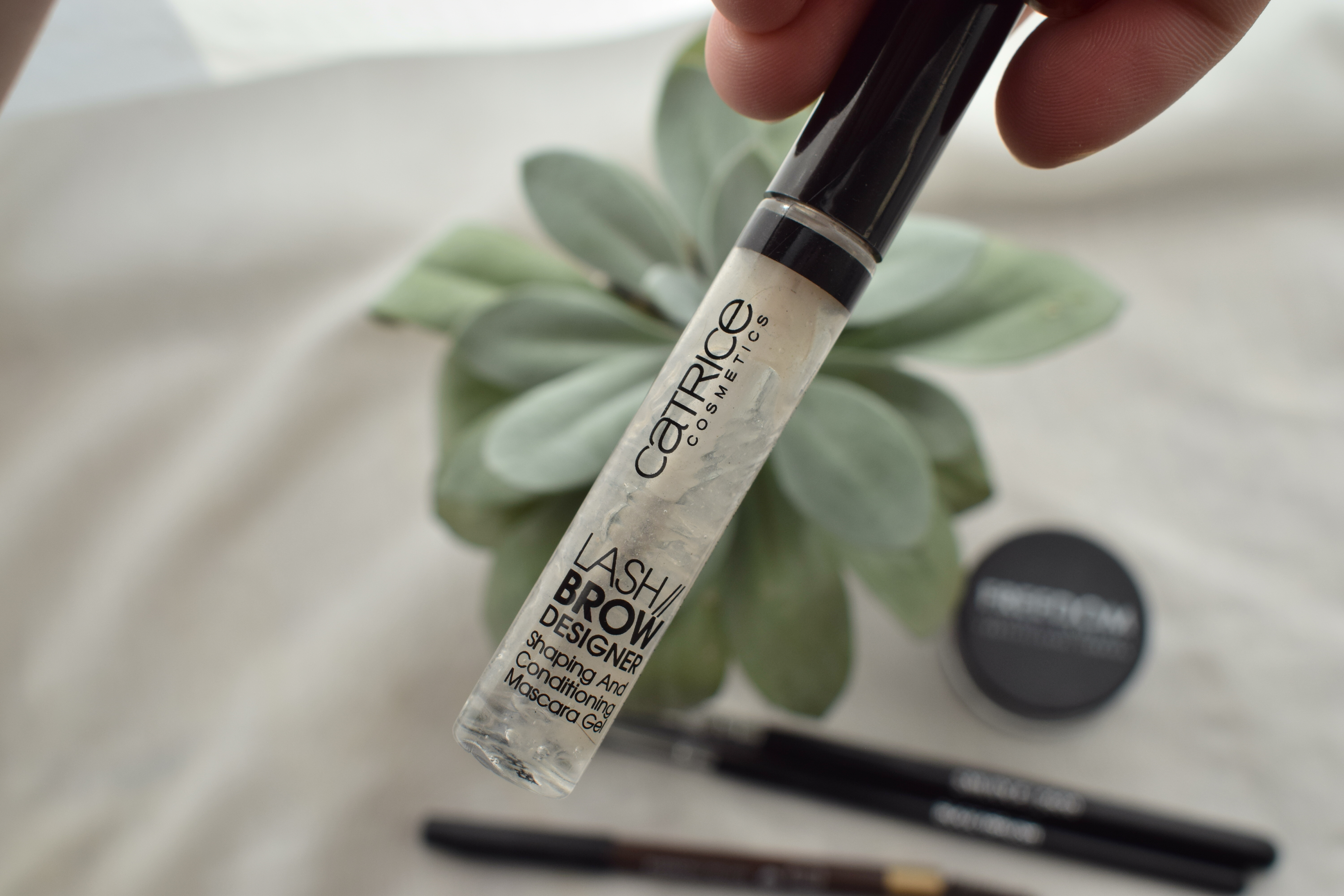 That’s my (very simple and inexpensive) eyebrow routine! I will show you the steps after eachother, so you can really see the difference.

I know my brows aren’t perfect but I’m really pleased with how they look right now because I was missing that beginning and the tail a few years ago and I’m also happy with this simple routine!
What’s your brow routine and what products do you use?
Lots of love and see you next time!

This site uses Akismet to reduce spam. Learn how your comment data is processed.